Location501
DescriptionHeterogeneous architectures for high performance computing, particularly those systems that have GPU devices attached to the host CPU system, offer accelerated performance for a variety of workloads. To use those systems, applications are commonly developed to offload most computation and data onto an accelerator while utilizing host processors for helper tasks such as I/O and data movement. The approach requires users to program I/O operations for reading and writing data from and to storage, and to and from host memory. Then users are required to program operations for moving data between host memory and device memory. In this paper, we present our extension to the OpenMP map clause for programming directly reading and writing data between storage and device memory. The extension includes mechanism for handling metadata such that metadata can be manipulated independently from data itself. This work demonstrates a prototype runtime, and the support for binary and image data format, including jpeg and png, with OpenCV. Experiments on matrix and image processing kernels show that the designed extension can significantly reduce programming efforts for manipulating data and metadata among storage, host memory, and device memory.
Archive
Archive
Author/Presenters
Kewei Yan
University of North Carolina, Charlotte
Anjia Wang
University of North Carolina, Charlotte
Xinyao Yi
University of North Carolina, Charlotte 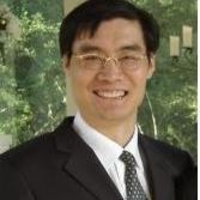