Location702
DescriptionThe US Department of Energy (DOE) started operating two GPU-based pre-exascale supercomputers in 2018 and plans to deploy another pre-exascale in 2020, and three exascale supercomputers in 2021/2022. All of the systems are GPU-enabled systems, and they plan to provide optimized vendor-promoted programming models for their GPUs such as CUDA, HIP and SYCL. However, due to their limited functional portability, it is challenging for HPC application developers to maintain their applications in an efficient and effective way with good productivity across all US DOE pre-exascale/exascale systems. Directive-based programming models for accelerators can be one of the solutions for HPC applications on the DOE supercomputers. In this study, we employ OpenMP and OpenACC offloading models to port and re-implement the RI-MP2 Fortran kernel of the GAMESS application on a pre-exascale GPU system, Summit. We compare and evaluate the performance of the re-structured offloading kernels with the original OpenMP threading kernel. We also evaluate the performance of multiple math libraries on the Nvidia V100 GPU in the RI-MP2 kernel. Using the optimized directive-based offloading implementations, the RI-MP2 kernel on a single V100 GPU becomes more than 7 times faster than on dual-socket Power9 processors, which is near the theoretical speed-up based on peak performance ratios. MPI + directive-based offloading implementations of the RI-MP2 kernel perform more than 40 times faster than a MPI + OpenMP threading implementation on the same number of Summit nodes. This study demonstrates how directive-based offloading implementations can perform near what we expect based on machine peak ratios.
Archive
Archive
Author/Presenters 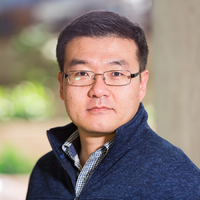 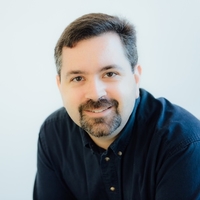