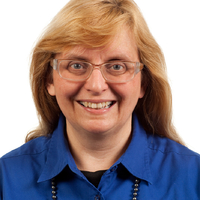 Biography
Dr. Anne C. Elster is a Professor of HPC in Computer Science at Norwegian University of Science and Technology (NTNU) and was the Co-founder and Co-director of NTNU’s Computational Science and Visualization program. She also established the IDI/NTNU HPC-Lab, a well- respected research lab in heterogeneous computing that regularly receives international visitors. She is also a Visiting Scientist at the University of Texas at Austin.

Her current research interests are in high-performance parallel computing, focusing on developing models and tools for heterogeneous computing and parallel software environments. Methods include applying machine learning for code optimization and image processing, and developing parallel scientific codes that interact visually with the users by taking advantage of the powers in modern GPUs. Her novel fast linear bit-reversal algorithm is still noteworthy.

She has been an active participant and committee member of Supercomputing since 1990, served on the MPI 1 & 2 Forums (1993–96), as well as several other professional committees. She is a Senior member of IEEE, Life member of AGU (American Geophysical Union, as well as a member of ACM, SIAM and Tekna. Funding partners/collaborators include EU H2020, The Research Council of Norway, AMD, ARM, NVIDIA, Statoil and Schlumberger.

She works very closely with her graduate students and has so far supervised over 75 masters theses, several of which have received prizes, has supervised several PhD and Post Docs, and served on PhD committees internationally, including in Denmark, Italy, Saudi Arabia, Sweden, and the United States.

She is currently supervising 12+ graduate students and is co-supervisor for 2 more PhD students, and is an IEEE Computer Society Distinguished Visitor Program (DVP) speaker (2019-2021) for North America as well as Europe, Africa and the Middle East. She has published widely in the field of high-performance computing (HPC).